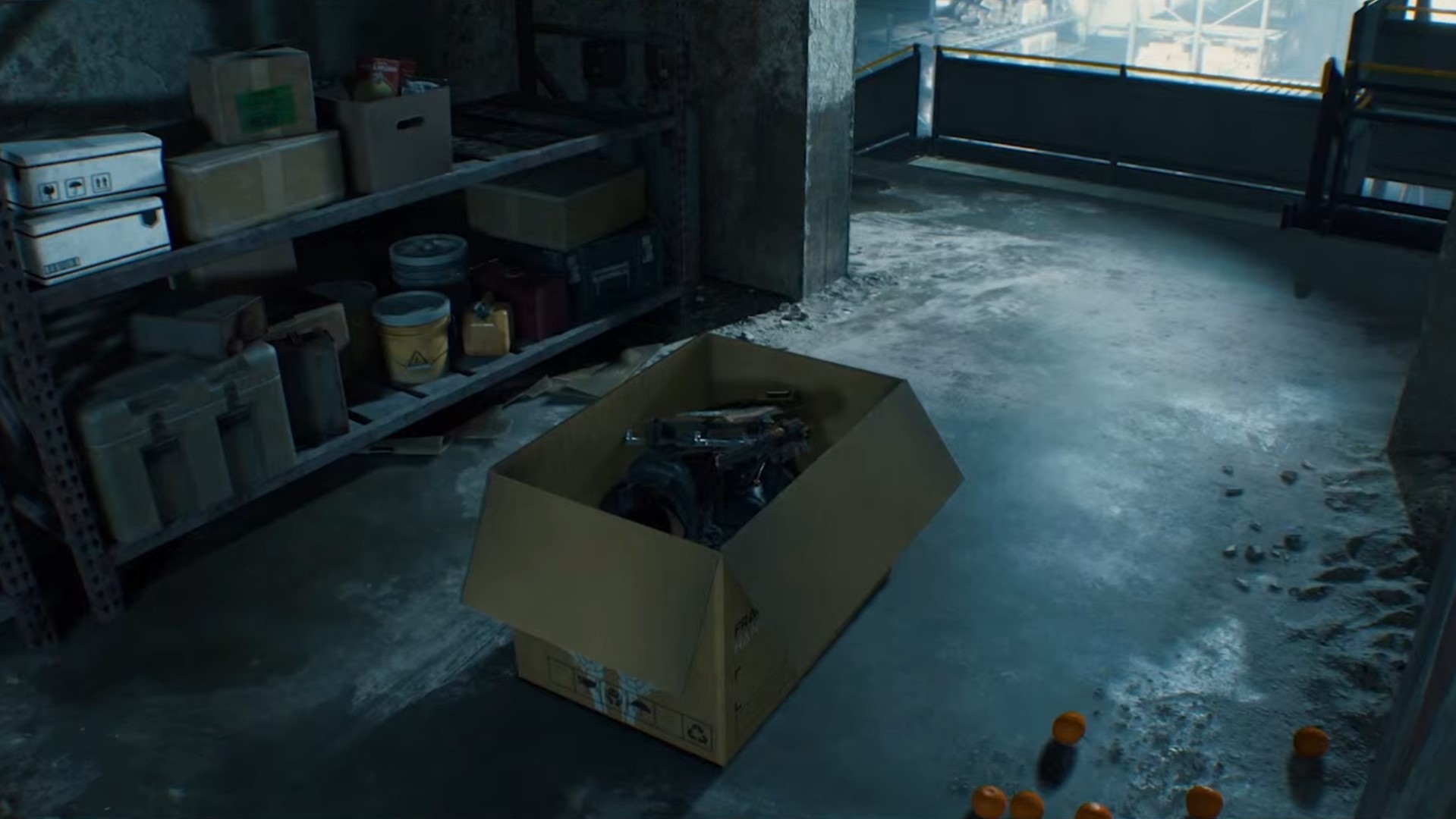 Death Stranding is getting an expansion of sorts, it turns out. Creator Hideo Kojima was on hand for today’s Summer Game Fest show to reveal the Death Stranding Director’s Cut, which will apparently be adding new content to the strange open-world game.

In the footage shown during the show, hero Sam Porter Bridges appears in an underground facility of some sort – a bunker, it seems, of the kind that he spends most of the game visiting but never going inside. There’s a mineral growth clinging to the ceilings and walls, and armed guards patrol a large open bay. Sam notices a large cardboard box full of oranges, and an idea occurs to him. He dumps out the oranges, and after another few moments’ thought, he hops inside like a little cat.